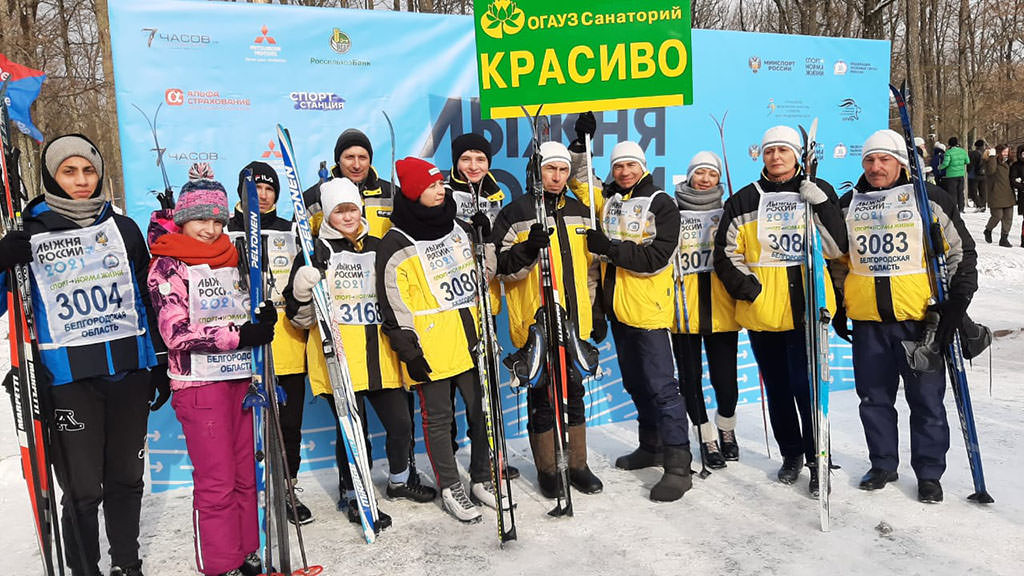 We, all participants in the crowded ski race, were welcomed by the acting governor Vyacheslav Vladimirovich Gladkov, Alexander Panzhinsky, silver medalist of the 2010 Winter Olympics in Vancouver. Start is given!

Our team ran at distances of 1-3 and 10 km. Everyone was having fun and interesting. On the track, both volunteers and participants cheered everyone on, and tea and bagels were traditionally offered at the "stations". It was fun and interesting for everyone! Our collection of participants of the "Ski Race of Russia" has been replenished with hats of 2021!